The landlocked country of Bhutan is situated on the southern slope of the Eastern Himalayas. It is a part of the Eastern Himalayan biodiversity hotspot and comprises of 23 Important Bird Areas, 8 ecoregions, number of Important Plant Areas (IPA) and wetlands, along with two Ramsar Sites. Bhutan is home to a large variety of flora and fauna due to its diverse ecosystems and eco-floristic zones.

One of the dominant ecosystems in Bhutan is forest, with 70.46 percent of the country under forest cover. Due to the variance in the altitudinal range along with corresponding variation in climatic conditions, the country boasts of a wide range of forest types and vegetation zones. Further, the country can be divided into three distinct eco-floristic zones with variant forest types. 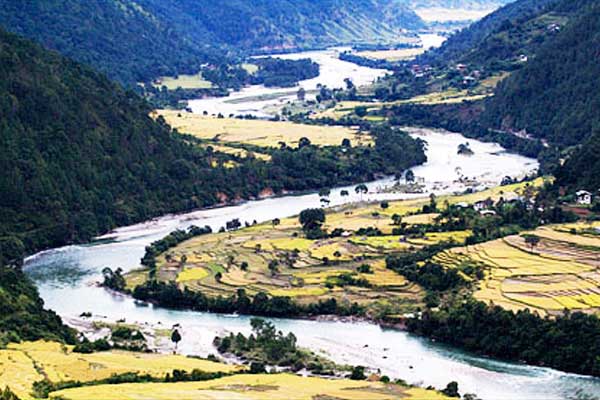 A large number of small and medium sized lakes are spread across the country of Bhutan. It was listed by Rajbanshi and Csavas that there are about 52 lakes in Bhutan. In the year 2001 a total number of 2,674 glacial lakes were recorded in the country.

Marshlands in the form of water-logged areas and depressions are considered to be a major part of aquatic ecosystem in the country. So far 63 high altitude marshlands have been reported.

Also known as Tshachu in Dzongkha, Hot springs are very popular in Bhutan. Many people in Bhutan use Hot springs for therapeutic benefits to heal ailments, especially the one’s affecting skin and bones. There are a total number of ten hot springs in the country, but the number could be more.

There are six major ecological zones corresponding with climatic conditions and altitudinal ranges.