Location and History of Bhutan

Location and History of Bhutan

The landlocked country of Bhutan lies between India and China, bordering with Tibet across the Himalayas. This once-isolated nation sits at the Southern edge of Tibetan Plateau. Also known as the Last Shangri-La, Bhutan is bordered by Tibet on the north, Indian state of Sikkim to the west, Arunachal Pradesh to the east and Assam to the south. The country of Bhutan is one of the largest Buddhist nations, and is led by the 5th Dragon King, Jigme Khesar Namgyel Wangchuck. Bhutan is a sovereign nation with a total area of 38,394 sq km and a population of 8.08 lakhs(2017). 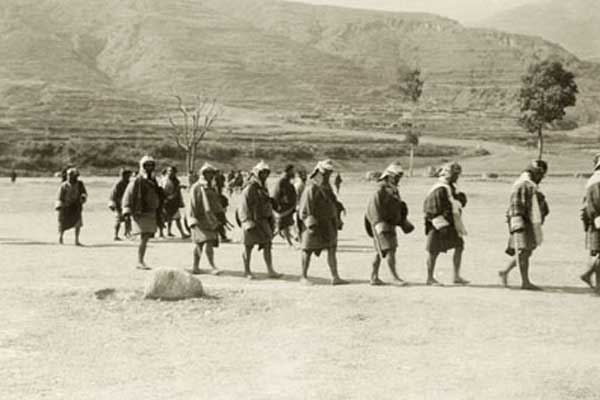 The name ‘Bhutan’ has been derived from the Sanskrit name ‘Bhotant’ which means ‘the end of Tibet’. Bhutanese refer their country as Druk Yul, in where ‘Druk’ means ‘Dragon’, extending from the Drukpa School of predominant Drukpa school of Tibetan Buddhism. The documented history of Bhutan begins with 747 A.D with Guru Padsambhava or rather Guru Rinpoche who flew on the back of a tigress all the way from Tibet. Guru Rinpoche arrived in Paro Valley at the Taktsang Lhakhang or the Tiger’s Nest. In the consequent centuries many masters preached the faith leading to full bloom of Buddhism by the middle ages. Initially a sectarian, the country was eventually unified under Drukpa Kagyupa Sect of Mahayana Buddhism in the 17th century. With the next two centuries civil wars broke out and regional governors became more powerful. The end of 19th century marked the recognition of Trongsa Governor as the overall leader of Bhutan. In the year of 1907, Governor of Trongsa, Sir Ugyen Wangchuck, was elected as the first King of Bhutan. Presently the country has a system of constitutional monarchy.