Bhutan will leave you awestruck with its natural beauty and diverse wildlife. The country is recognized globally as a hotspot for biodiversity. There are a total of 5 national parks, four wildlife sanctuaries, eight Biological Corridors, and one Botanical park in Bhutan. About 51.44% of Bhutan falls under protected area with 19750.57 sq km of land and total forest coverage of 71%. Here is a list of protected areas in Bhutan. 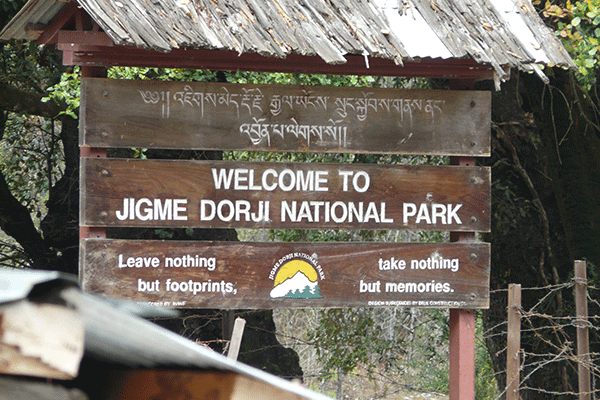 One of the second biggest and oldest national parks of Bhutan is Jigme Dorji National Park. Established in the year 1974 this park covers Punakha, Gasa, Thimphu and Paro districts. It is home to a large number of scarce animals like tigers, snow leopards, Asiatic wild dog and musk deer.

The 4th largest national park in Bhutan, Royal Manas National Park is located in the south-central part of the country. It is home to some rare species such as- Royal Bengal Tiger, Asian Elephant, Pygmy hog and Asiatic Water Buffalo. 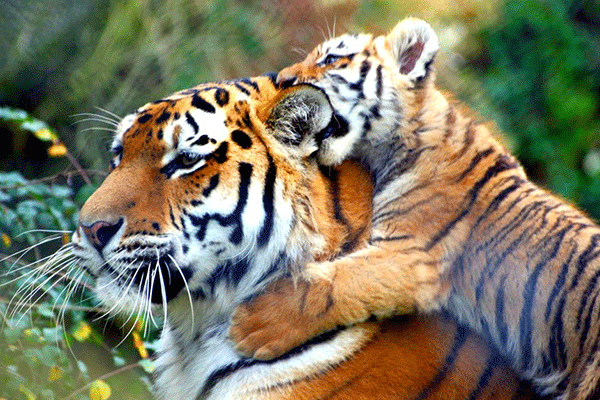 Recorded as the largest sanctuary of Bhutan, Bumdeling Wildlife Sanctuary spreads over an area of 1520.61 sq km. Bumdeling is home to some vulnerable species like Royal Bengal Tiger, Snow Leopard, Red Panda, Himalayan Musk Deer and many more. 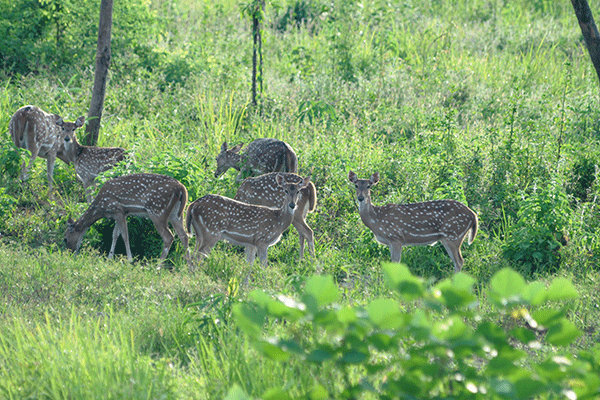 It is the only natural habitat of spotted deer and wild sal and agar wood forest in Bhutan. This sanctuary encloses two districts- Sarpang and Dagana. Protected species like elephants, gaurs, tigers, golden langurs and hornbills.

Located in the central north part of Bhutan, Wangchuck Centennial National Park spreads over an area of 4914 sq km. It covers districts of Gasa, Wangdue, Bumthang, Trongsa and Lhuentse.

It has the 2nd largest area out of the four sanctuaries in Bhutan. The sanctuary is home to a wide range of plants, especially rhododendron species, birds and animals. About 35 species of rhododendrons can be found in this sanctuary.

Established in 1998, Phrumsengla National Park has the smallest area in the total five national parks. It covers Bumthang, Mongar, Lhuentse and Zhemgang. 361 bird species are said to be found in the park.