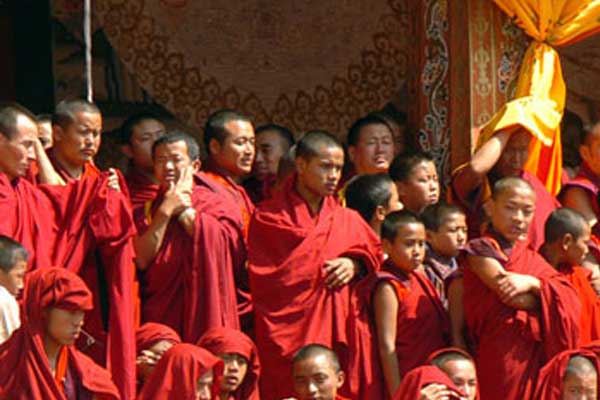 The ‘Land of Thunder Dragons’, Bhutan is the only country that measures its development in terms of ‘Gross National Happiness’. Buddhism is the official religion of Bhutan and it is the religion which gives the country its cultural and religious heritage. Besides Buddhism, some of the other practiced religions are- Christianity, Islam, Hinduism and Bon.

About 75% of the population of Bhutan practise Buddhism. People generally follow the Vajrayana or the Mahayana branch of Buddhism in the country. You can spot Buddhist monks on every nook and corner of Bhutan. However, the rituals of Buddhism vary from villages to villages. If you want to experience the true essence of Buddhism, pay a visit to Rinpung Dzong in Paro, Thimphu Tango Monastery or Nalanda Buddhist Institute in Punakha. 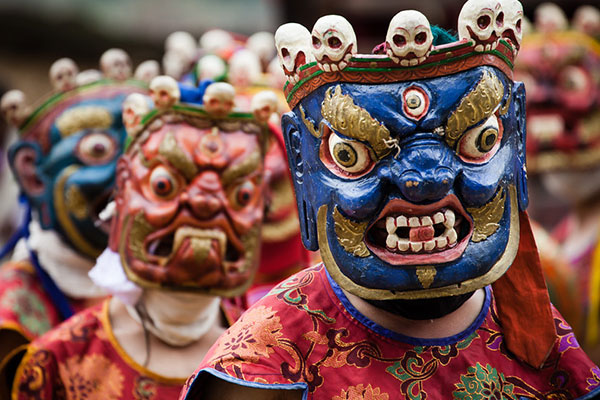 The second most practiced religion in Bhutan is Hinduism and comprises 22.6% of the population. Southern Bhutan has a good number of Hindu temples and Hindu Vedic Schools can also be found in various parts of the country. Hindus in Bhutan also celebrate Hindu festivals, mainly Dashain or Dusshera.

The total population of Roman Catholics in Bhutan is less than 1%. Most of the Christians reside in southern part of the country. Two Portuguese Estêvão Cacella and João Cabral introduced Christianity to the country.

A lot of people in Bhutan still practice animism which includes animal sacrifice and nature worship. Bon is basically a indigenous tribe that was a dominant religion in Bhutan before Buddhism came into existence.

Islam is practiced by 0.15 of Bhutanese population, though there are no mosques in the country.