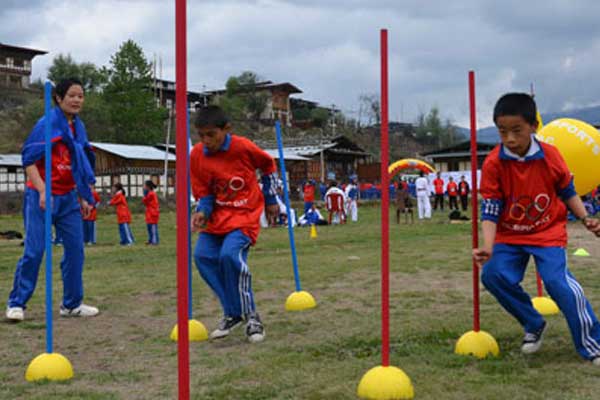 Sports in Bhutan involve both traditional Bhutanese and modern international games. The national and most popular sport in Bhutan is Archery. Some other traditional Bhutanese sports are- khuru, soksom, pundo and digor. A considerable section of people enjoy international sports in modern Bhutan. Other than archery, some Bhutanese people play basketball. Besides that other sports include association football and futsal, which is an indoor variation of football. Since the introduction of television channels from India, Cricket has also gained popularity in Bhutan. When it comes to traditional sports in Bhutan, archery holds the first and foremost position. Traditional archery plays a vital role in Bhutanese religion, recreation and ritual. The sport enjoys modern popularity and is practiced in Tshechu and matches. It must not go without mentioning that Bhutan also participates in modern international archery competitions and even maintains an Olympic archery team. Khuru is yet another traditional sport of Bhutan, which is an indigenous dart game. Khuru is usually played during festivals along with soksom, digor and pundo.